Tower defence games meet a fantasy world with minion spawning rifts in Wild Sky TD! Defend the kingdom from a rush of monsters, a war ship, and other creeps in the arena. Slash through a slime with your hero’s blade or use archer towers to fight legendary dragons in a hot desert. You only have one choice in this tower defence game: defend, defend, defend! All with the aim of stopping simple Orcs, even-simpler Zombies, and slightly-less-simple Dark Elven lords from doing what they do best: destroying goodly souls.

Key Features:
-Build your defence in a collection of interesting maps in 3D tower defence arena’s: from lush forests and murky swamps to volcanic badlands, this tower defence game offers more than 100 story-based td levels to enjoy.
-Lots of strategic depth, with 10 unique towers of 6 different affinities, 6 separate heroes, 12 spells, and various game modes to challenge your td skill
-An in-game progression system with mechanics that allow you to collect rewards as you’re AFK to unlock new content over time.
-An interesting world full of wonder, telling an intricate story: why is the Light’s Chosen the Light’s Chosen? Where from hails the Wind Knight? Find out in-game! 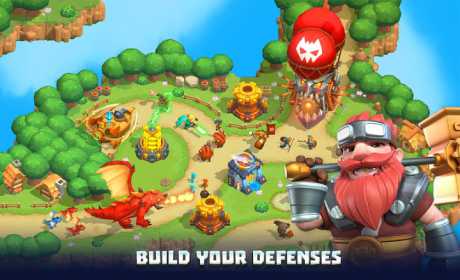 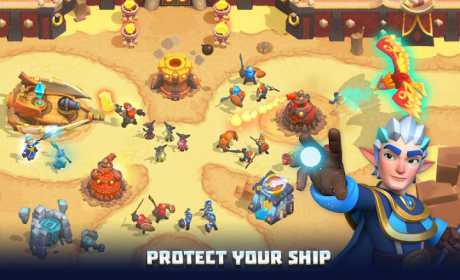 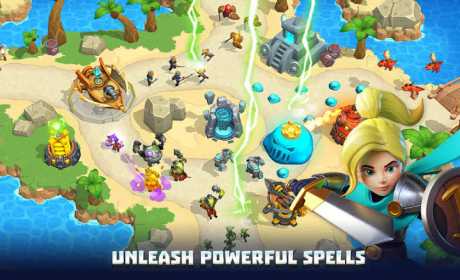